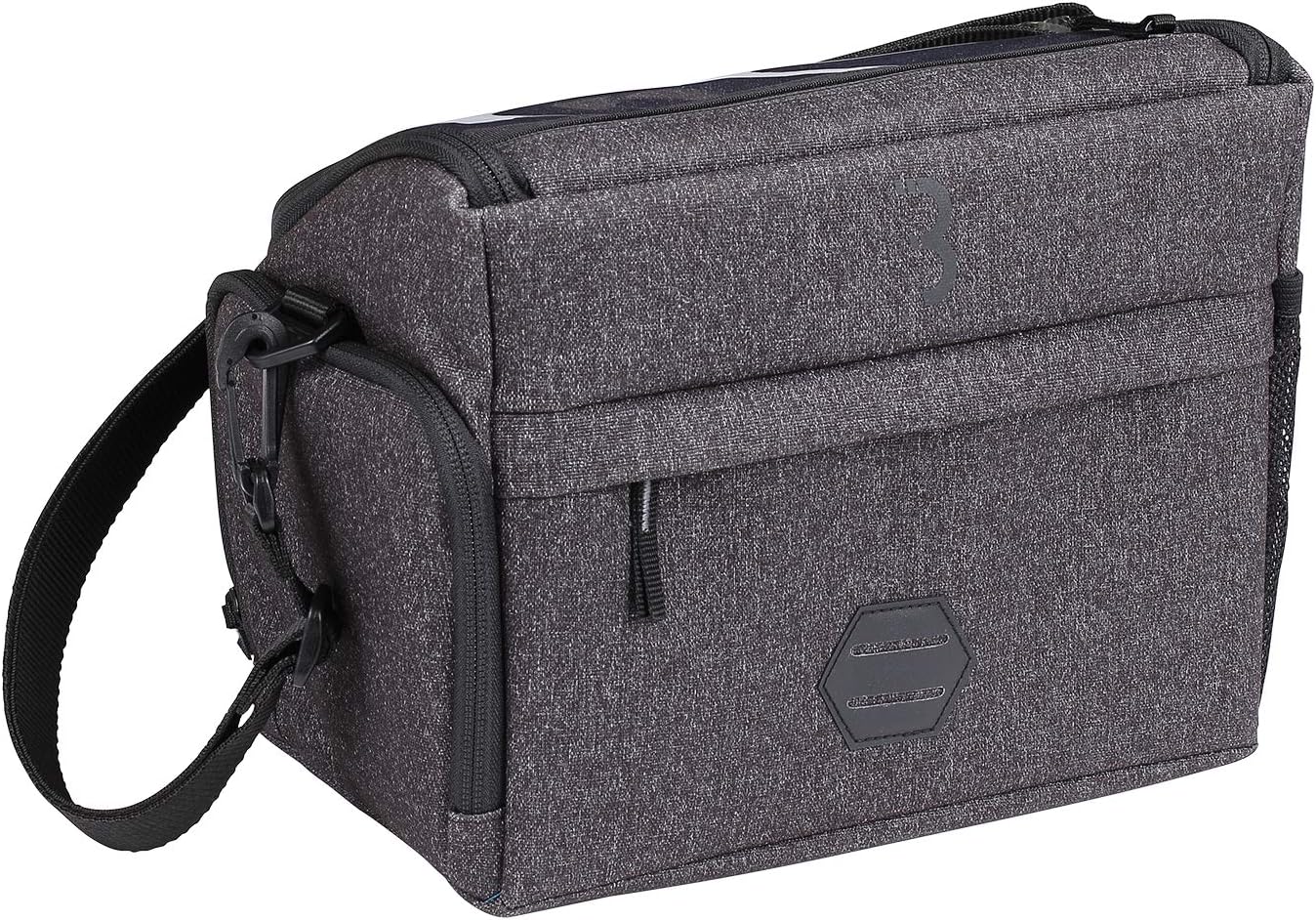 The FrontPack of BBB Cycling is a multifunctional bike bag for the bike handlebar and has a content of 550ml. Place the FrontPack on your bike handlebar and you can bring the key things with you. The top of the bag is see through, here you can keep your phone or map to show you the way during your ride. The bag is suitable for all kinds of bicycles, like an urban or city bike and even e-bikes.

Use the CarrierCover (BSB-97) of BBB Cycling to protect the FrontPack against rain and dirt.

Storage space
The large storage compartment has a foam inner lining for protection and a mesh pocket to keep things separated. One side of the bag is perfect for a water bottle, which can be securely fastened with an elastic strap. On the other side and up front are compartments with zippers. On top there is a compartment to store all easy-to-access items, like your phone or a map.

Attach with click system
The bicycle cargo pack is attached to the handlebar of your bike with a mounting system. This easy on and off system allows you to take your bag easily and fast, without removing the whole mounting system.

Shoulder strap
Even off your bike this FrontPack is very practical. With the adjustable shoulder strap you can easily take the bag with you.

Suitable for LED attachment
The back side of the bag is equipped with a strap for a LED attachment. The BBB Cycling Light Spot BLS-147 for example, is perfectly suitable for this pannier bag. The bag itself also has reflective details.

About BBB Cycling
BBB Cycling wants to be there for every cyclist, wherever you're going. With products to elevate and enhance the carefree experience of biking, BBB Cycling has spent the past 25 years crafting gear and accessories that have received more than 100 product and innovation awards. By cherishing a connection to the cycling community and rigorously testing products, BBB Cycling remains constantly motivated to be part of your ride.

We will never send you any content that is not ECFR related. We will store your email address and your personal data as detailed in our 1/8 X 9/64 X 7/32 Oval Head SEMI-Tubular Steel Rivets ZINC Plate.